The Rise and Rise of the Scottish Diaspora, by Harry McGrath 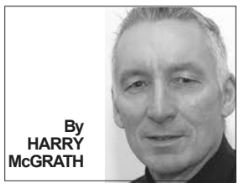 The Scottish diaspora was discovered sometime shortly after the Scottish Parliament ‘reconvened’ in 1999. This doesn’t mean, of course, that Scots didn’t emigrate in droves before that. In this book ‘To The Ends of the Earth: Scotland’s Global Diaspora, 1750–2010' historian Tom Devine reveals that 2.5 million Scots left Scotland between the years 1825 and 1938 and that the exodus continued even in periods of relative economic boom. These included both the mid Victorian period when Britain was said to be a land of plenty and the 1950s when standards of living were rising and PM Harold MacMillan famously said ‘most of our people have never had it so good’.

Devine goes to some lengths in the book to explain this paradox but one thing we can say for certain is that Scottish emigration isn’t what it used to be, either in nature or in numbers. An uncle of mine once told me that seeing friends off to Canada from the docks in Greenock felt like a bereavement as you could be almost sure you would never see them again. Nowadays, a relatively small number of young folk fly out of Scotland armed with the Canadian Government’s Working Holiday Visa. Even if they find a way to stay in Canada beyond the two year programme, social media and international flights mean that they never seem that far away.

The number of first generation Scottish immigrants to Canada has, in the words of another Scottish historian ‘been reduced to the trickle’, but history ensures that there are still far more people with a Scottish connection outside of Scotland than there are Scots at home. Until devolution, however, there were no organised government initiatives to involve diasporic Scots in their homeland.

That changed after 1999 even if some of the original projects were, to put it kindly, somewhat naive. One of the first of these extended an invitation to people of Scottish descent to return to their homeland and help address the issue of declining population in Scotland. Canada was a natural target and was visited by the First Minister at the time and the leader of the Catholic Church in Scotland who gave a ‘come back’ speech at St Francis Xavier University in Nova Scotia.

As far as I know, nobody accepted the invitation and it was roundly satirised in a front page Globe and Mail story under the headline ‘Will ye no come back again?’ The newspaper provided a handy list (with pictures) of well-known Scots-Canadians and implied that it would be happy enough to be rid of some of them.

The next initiative was a better one. The ‘Fresh Talent Work in Scotland Scheme’ enabled international students to stay in Scotland for two years after completing their studies. However, it had a kind of in-built weakness. Scotland’s invitation was someone else’s to rescind and even graduates who might be inclined to stay permanently were often invited to leave by the United Kingdom Border Agency after their two years was up. Indeed, the programme itself was not secure and Fresh Talent was duly ‘deleted’ by UKBA in 2008 and replaced by Tier 1 (Post Work Study) until it too bit the dust in 2012.

Fast forward to 2019 and I am happy to report that Scotland’s efforts to reach out to its diaspora, and the world in general, is in a much better state. The Scottish Government has offices in China, Canada, United States and Europe and Scottish Development International has hubs in more than thirty countries around the globe. Remits include inward investment and diaspora engagement. The long-standing Global Scots initiative is increasing in numbers and strengthening its presence in various countries.

And where resources are stretched, innovative private concerns have picked up the slack. I recently attended a series of events organised by the Scottish Business Network which, among other things, is working in partnership with the .scot domain. SBN has a particular focus on connecting Scottish entrepreneurs with international Scottish business leaders and creating a Scottish diaspora network to help facilitate this. The quality of the speakers at ‘Scottish International Week’, the number of countries in which they had worked and their willingness to share their knowledge and experience was inspiring. Remarkably, a SBN-sponsored ‘Scottish Business Diaspora Survey’ conducted before international week received over a thousand responses.

In September, the UK government even reintroduced the two year post study work visa. This was broadly welcomed by universities and employers even though the inspiration behind it may include the prospect of Brexit wreaking havoc on the university sector and the fact that the UK economy is estimated to have lost £8 billion since the visa was abandoned in 2012. Canada, in particular, capitalised on the opportunity to attract international student who may otherwise have come here.

There were some shallow sighs of relief when the Brexit deadline was postponed from tomorrow (October 31) to the end of January and replaced with a general election on December 12. Recent surveys suggest that antipathy to Brexit is deepening even further in Scotland. There was some circumstantial evidence of this at International Week too as speaker after speaker insisted on referring to it as ‘the B word’. To paraphrase Robert Burns, there’s a lot of guessing and fearing around. But if there is an upside, it might be that Scotland’s relationship with its diaspora has never been closer or more promising.