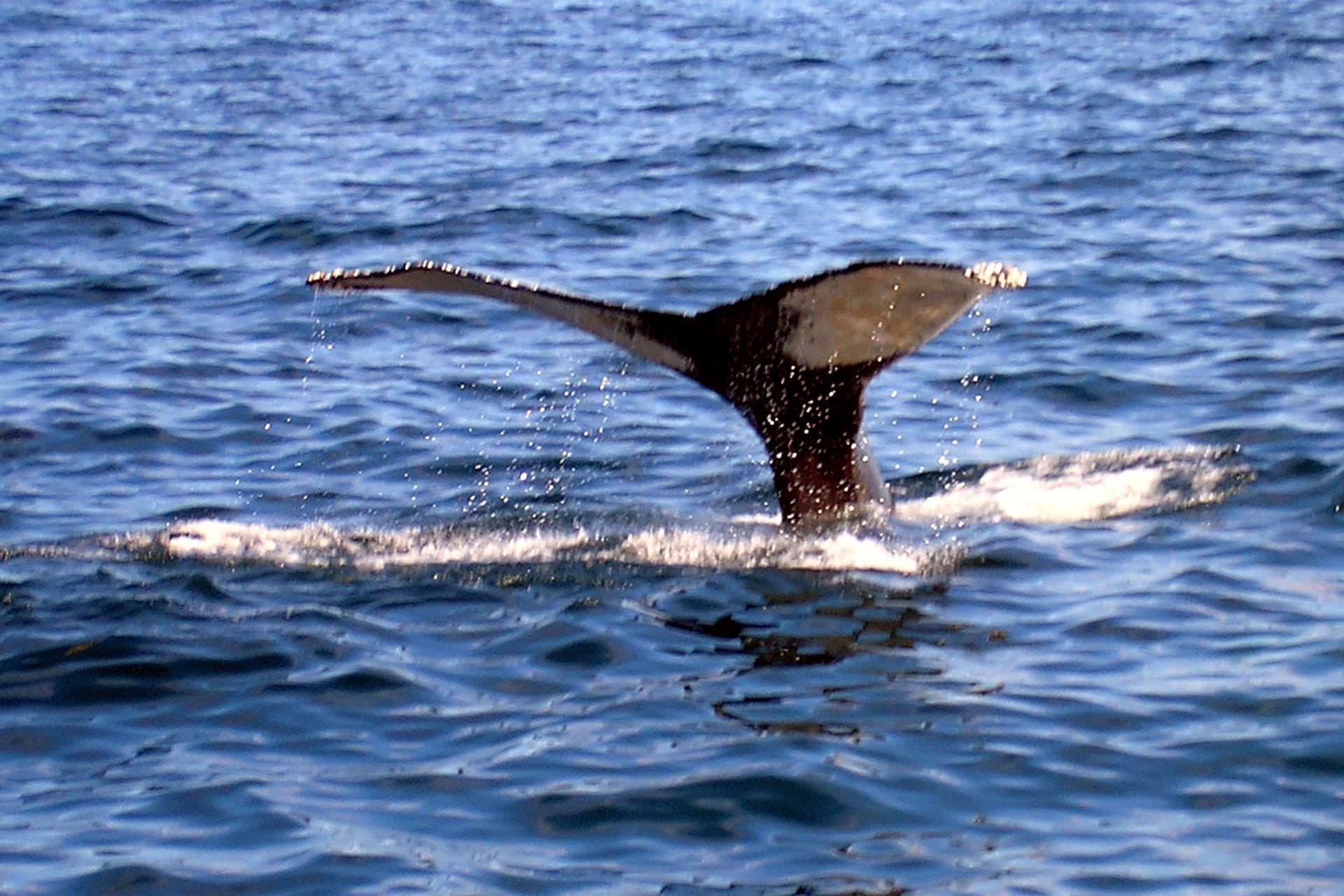 During the summer of 2019 something happened that had a profound effect on me and I still reflect on it regularly. I’d had a horrific migraine during the night before so I was feeling very groggy and had a ‘migraine hangover’. Any of you who suffer from migraines know that this is similar to an alcohol induced hangover without any of the fun of the night before! My day was basically clouded by a mental fog that wasn’t helping at all with my ability to work or be very productive at all. Until something amazing happened and my whole physical and mental outlook changed, almost in an instant.

I looked out of our front window to the sight of a whale not just swimming but jumping in the Loch in front of our cottage. I’m a huge animal lover and get great neural rewards when I see animals in their natural habitat. I have never seen a whale in the wild and it’s something I’d been hoping and desperate to see since we moved to Scotland in January. And, out of the blue, it happened.

I felt 4 main emotions in very quick succession. First of all, surprise, I mean utter surprise. I wasn’t purposely whale watching and it was total chance that I looked out when I did. I wasn’t even sure at first that I’d seen what I thought I’d seen. I grabbed my binoculars and rushed outside whilst yelling frantically for my husband to “come and see this, I think it’s a dolphin or maybe a whale”. Bearing in mind I’d thought I’d seen them a couple of times because we get a lot of porpoise. But as it turns out, they look very different and when you see one it’s not really something you can mistake!

The second emotion was the excitement of standing and waiting in anticipation for it to re-appear in the hopes that it wasn’t just a mistake on my part, or a one-off breach. Scanning the water with the binoculars, pointing out to my husband where I’d seen it and trying to work out where it might appear next – the excitement built and my heart was actually thumping at this point.

Then it appeared once more and in spectacular fashion – it jumped clean out of the water, right in front of us! A rush of sheer joy and then awe hit me as I realised that it wasn’t just a whale swimming, but doing what whales do best – jumping, tail slapping the water and blowing air out of its blowhole. I think my voice went up two octaves as I literally squealed with delight and my hubby uttered a few expletives as he couldn’t quite believe what he was seeing either (also being an animal lover himself).

My hubby and I stood on our deck at the front of our cottage for ages watching it swim, jump and tail slap the water. And then I suddenly noticed that my migraine hangover had actually disappeared, not just lessened, but had entirely gone and almost instantly too. My feeling of grogginess had lifted, the mental fog was no more and I was thinking and experiencing things very acutely. The excitement had turned me into a big kid, plus, I got to share the experience with my hubby who is equally obsessed with all thing’s nature, and to see him so happy and excited only added to my own experience.

The whale carried on swimming and jumping in the stretch of water in front of our cottage for a good half an hour and it was amazing to watch.

So, what was this experience doing from a neuroscientific perspective? The adrenaline, dopamine and serotonin rush changed me physically and mentally almost in an instant – I was physically shaking in fact.

The release of dopamine was stimulating the pleasure/reward area of my brain and I felt this acutely as I just wanted to keep seeing the whale, hoping it would breach or jump one more time, over and over again. I stayed outside for quite some time after the last sighting, as I really didn’t want to miss it happening again.

My accelerated heart rate and physical shaking were most likely a sign of increased adrenaline (epinephrine), as I felt the thrill and excitement of seeing this animal for the first time, one that I’d been waiting to see for nearly 40 years.

The migraine had most likely caused my serotonin levels to be low, bringing my mood right down, reducing my appetite significantly and lessening my ability to remember things (my memory is always affected by a migraine). But the sight of the whale appears to have boosted my serotonin levels significantly – my mood lifted and I even felt hungry for the first time all day. Serotonin and dopamine have been found to act together to control appetite, and I certainly experienced an increase in appetite after the event.

I also found I was able to work for the rest of the afternoon and was actually quite productive. My brain had “un-fogged” (not very scientific, but the best way I can describe it), my memory had returned and I was motivated in a way I certainly hadn’t been earlier in the day. All thanks to the release of these hormones and neurotransmitters as a direct result of this experience.

This is also further evidence for me of the power of nature and the environment to impact mood, the brain, the body and mental health. I still get a buzz from it when I remember back to that day.

There’s something so natural and instinctive about the emotions you feel in these kinds of moments. Granted, seeing a whale might not create the same level of surprise, excitement, joy and awe in everyone as it does in me (and my hubby). But everyone has something that generates this kind of reaction, and causes the release of these hormones and neurotransmitters in the body and brain. Everyone can benefit from these if they find and tap into the right experiences.
The next day I thought about it a lot, and found that it gave rise to the same feelings again, although not quite as intense, and the same neural responses. When I originally wrote about the experience, and again now, 4 months later, reflecting on it reignited those feelings once more. I’ve found myself smiling (actually grinning inanely) whilst I type, my heart is beating faster and my mood is elevated. Both at the time and now I’m feeling physically warmer and hungry. Re-experiencing it is having the same impact on my body and brain.

It really got me reflecting and thinking – how can I tap into these emotions and the neural benefits they had for me by using this as an episodic memory? Consciously reminding my self of the experience, re-living it and re-releasing these hormones and neurotransmitters when I need a boost.

How can I, as a Coach, help my coachees to identify these experiences and episodic memories of their own, and reap the benefits of the positive mental and physical impacts they have?

How can we (leaders, coaches, HR professionals) improve the mental health and wellbeing of our employees by helping them to relive and recall highly beneficially experiences, rather than focusing on negative ones. Both have a use in learning, however the power of positive psychology and focusing on positive events to stimulate positive emotions and neural responses cannot be over stated. And a resulting impact on employee motivation and increased productivity seems inevitable.

I know I will be ‘dining out’ on this experience for many years to come, especially when I need a hit of positivity and to elevate my mood.

Things to think about:

What positive experience(s) do you have that would give you a similar mood boost long after the event itself?

How can you help your employees continue to benefit from their positive experiences?